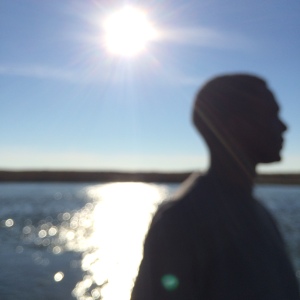 In the last three to four years, I’ve become quite acquainted with commercial sex and the overarching criminal industry we know today as human sex trafficking. This form of modern day slavery has existed for quite some time now but it wasn’t until the last five to ten years that the culture was rudely awakened by its harsh brutality, heartless truths and life-ruining cruelty. I say ‘rudely’ because the American audience did not and still does not want to have their newsfeeds and ears buzzing with terms such as rape, sexual abuse, sexual favors, ‘johns’, pimps and prostitution.

You want to know what I find ironic? The less we allow our lives to be interrupted by cold, ill-fated realities [i.e. the more we choose to be blind to ongoing, criminal realities that affect the innocence of millions of lives], the less that we who have a voice interrupt the terror experienced by the voiceless [i.e. the more permission we provide to perpetrators].

Proverbs 31:8 says, “Speak out on behalf of the voiceless, and for the rights of all who are vulnerable.”

My involvement in defending the broken, the susceptible and the unrepresented was initiated during my late college years when I co-founded a sex trafficking awareness club on campus thirty minutes south of New York city called LoSTANDfound. We hosted workshops featuring the global organization Not For Sale with NFS Representative Ethan Batstone. LSF introduced NYC-based Sparrow’s Hope For Girls Director Kathy Lebron who trained our team on commercial sexual exploitation in weekly meetings. We also conducted awareness events through our collegiate athletics, concerts and poetry nights and raised money via monthly fundraisers for the further development and expansion of the group.

Almost two years later, I’ve found myself across the country in the Pacific Northwest interning alongside a faith-based, non-profit that has had unprecedented growth in its budget, services and employment in the past five years since its launch. R.E.S.T. [Real Escape From The Sex Trade] is truly the only of its kind in Washington state offering a restorative housing program, case management, street outreach and Lord-willing, an Emergency Receiving Shelter to open its doors later down the road in 2015. By being a part of the R.E.S.T. family, I’m not solely defending the case of the victim anymore; I’m also disrupting the sex trade by targeting the demand side of things.

As we say back home in the historic state of Massachusetts: “wicked awesome”. I’ll explain why this disruption is awesome to be a part of in just a moment.

Nyack College’s LoSTANDfound Founder and former President Jodel Wright once told me that our long term goal was to contribute to eradicating the demand for commercial sex: reaching the men. The majority of the issue that prolongs the sex trade and fuels its inner procedures is the population of men. With few women [i.e. bottom girls: a pimp’s top recruiter] feeding the fire, it is the sinful hearts of males that are responsible for the toxic epidemic we face. And who do you suspect have a powerful capability to persuade men to flee their sexually-addictive behaviors? My best guess? Other men.

Not to say the vulnerable testimony of women who have escaped or left ‘the life’ does not carry weight and influence in a man’s mind. Not to say women can’t be just as much as interwoven in the advocacy of eliminating sex trafficking as men. But I can say faithfully that I’ve heard many women say they feel ‘hopeless’ and think to themselves, “What role can I even play in this monstrous tragedy that reigns over our heads?”

Men of all ages- I’m calling you out to step up your game in a hurting world where gender roles have been flipped upside down and morals are almost non-existent as we know it. Will you help by simply taking up the task to mentor a young boy? To teach him what it really means to be a man while he’s being peer pressured by his so-called ‘friends’ to objectify his female subjects. Neither you or I can probably fathom the profound transformation this would produce in the lives of young men as well as the lives of young women as mentoring would take its proper place one by one with men of all ages.

So back to why it’s “wicked awesome” that God’s given me the unbelievable opportunity to assist in R.E.S.T.’s efforts to prevent future purchases of sex by teaching and discipling.  Caleb Probst, education outreach associate for CAASE (Chicago Alliance Against Sexual Exploitation), flew out to Seattle to train a group of thirty or so individuals from the community [myself included] over a two-day span back in 2014. By the completion of the training, I was certified in CAASE to bring its anti-trafficking curriculum to Washington’s King County Juvenile Detention Hall as well as fellow high schools in the King County region.

I am now fully accredited to teach at five hour retreats in these facilities to at-risk youth who are either currently engaged in or affected by the sex trade or who will possibly enter it at the conclusion of their sentence. This of course is the primary concentration of R.E.S.T.’s Jail Outreach Team, now called the Prevention Team; to inhabit and challenge the developing minds and hearts of teenagers [both men and women]. To begin reviving the engines of critical thinking.

Nip the problem in the bud by aiming undivided attention towards our future citizens with the hope that seeds could be planted to think counter-culturally. Trust me, not as easy as it sounds. As they grow in their years, they [fathers, uncles, professors, mentors and so on] are losing influence rapidly on younger men. BUT when a millennial or twenty something has the once in a lifetime privilege [at least until time machines are perfected] to instill upon those, who are not too far behind in age, the concept that women are to be protected and respected, not victimized and abused, the future outlook suddenly doesn’t appear so grim.

I would never have dreamed when I arrived on the west coast seven months ago that this extraordinary privilege would soon fall into my hands. I jot down in my journal a short ‘Thank you God’ every morning I awake that He has found me worthy of such an educational, life-giving act.

But that’s not the only service my Heavenly Father has blessed me with in the jails. Prevention through those retreats is happening on a macro scale with a group of twelve or so young adults at one time [either on a Saturday or Sunday]. However, given my recent chaplain hat [requiring hours of tedious training and check-off lists] within the juvenile court system, I now have the opportunity of mentoring these young lads and gals three to four times a week.

At one time I was a fresh graduate straight out of college, working at a behavioral treatment program restricted by enforced rules that prohibited me from sharing the truth of Jesus’ love to the same at-risk population. Now I was being granted the jaw-dropping window of opportunity to actually pray and discuss the Bible with endangered youth! And yes, I do mean my jaw-dropped during my shadow-session in the jail when I witnessed the head chaplain extending her hands into ‘prayer-mode’ with a young male across the table. Like, what? I can do that?

So here I am by the grace of God not only possibly preventing future commercial sex exchanges via educating but also getting to know these young men and women on a deep and personal level via discipling. ‘Wicked awesome’ is one way to say it; another is ‘mind-blown’.  The most appropriate is blessed. It is a very humbling experience to say the least.

Please check out more about R.E.S.T. at their website: iwantrest.com